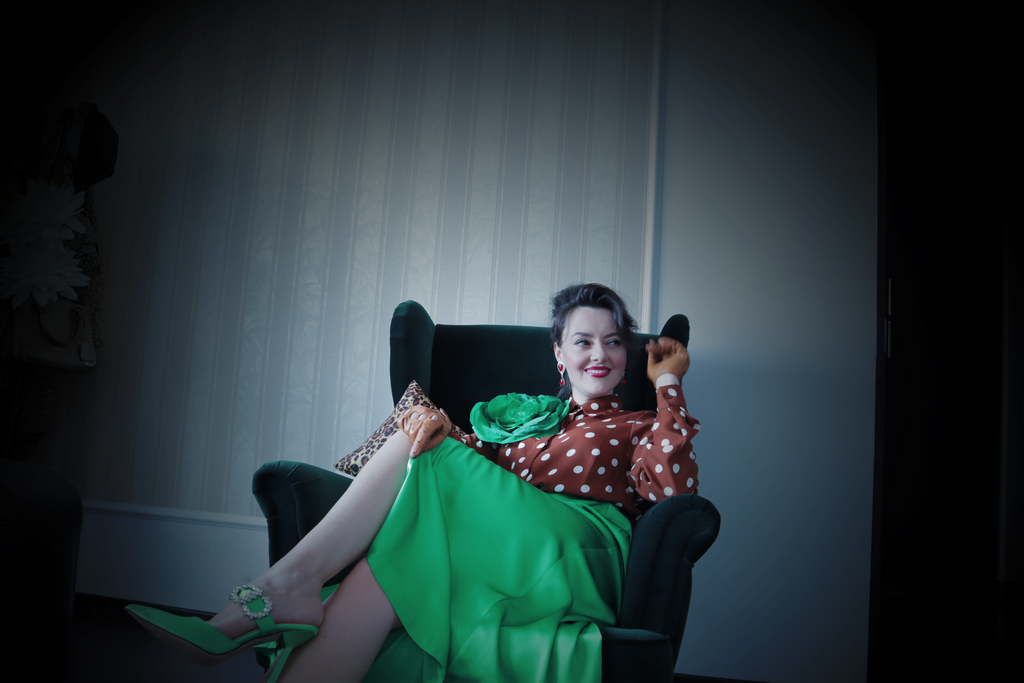 The polka dot, a popular pattern in the 1950s, is still a stylish choice today. It's the delightful attribute of an exquisite, feminine appearance, thanks to its vintage aura. They made their way into many creative fields, as shown in the following rows, pleasing our eyes and senses.

Brown is a colour that has had a rough start in life. It was in suffering since it wasn’t a shade, but rather a shadow, and it wasn’t represented on the rainbow or the basic colour wheel. Brown may be achieved by darkening the yellow, orange, and red tones or by combining the basic colours (red, yellow, and blue). Because of this feature, brown is neither light nor brilliant, so it is disregarded by medieval and modern painters. Mixing was a no-no for mediaeval painters, who believed that the glory of God could only be reflected in pure and costly materials such as ultramarine and gold. As a result, brown was ruled out. Camille Pissarro claimed a few centuries later that he had succeeded in eliminating all earthy hues from his palette.

During the early half of the Renaissance, the colour brown was highly prized. Carrejo, Caravaggio, and Rembrandt’s primary characters were highlighted as unending light islands among broad areas of darkness. These enormous shadows needed a wide spectrum of brown colours, some transparent, some opaque, some warm, some cold, all of which were needed to give the masterpiece depth and character. Anton van Dyck mastered the application of a pigment, Cassel earth, to the point that it became known as “brown Van Dyck.”

Bright paints for clothes, like those in the art world, were hard to come by and expensive, making them a privilege reserved for the wealthy and powerful. Brown was the colour of the impoverished. According to fourteenth-century rules, Brown was designated for individuals with the most basic vocations, such as carriers and cowboys.

The elite came to appreciate and enjoy simpler clothing as time passed. This trend has been aided by the wealthy’s rising interest in sports and military outfits that include a significant amount of brown. But that’s a discussion for another day.

Brown is a popular colour in today’s designer collections and major fashion houses.

My relationship with brown

I’m among people who have an admiration for brown. I have it from my mother. I recall her wearing brown lipstick in her early days and having a thing for brown accessories like purses and shoes. In contrast to the “poor” origins of this shade, my mom was pleading for the richness of these colours.

Is it worth saying that most of my bags are brown?  And now, as I write this post, I’m looking around at things around me and am surprised to see how much brown there is in my house interior; floors, doors, rugs, couch, pillows, frames, up to car upholstery up to my business logo. This says everything, no further confirmation is needed! Returning to clothing, I was overjoyed to discover this brown polka dot blouse on bonprix.ro. My first thought was of Pretty Women, which has one of the most famous polka dot dresses in film history.

Brown dots and the Pretty Women

The print is very famous in cinema, and we all remember Julia Roberts in Pretty Women. Among her character’s costumes we recall her crazy crop top outfit at the start of the movie, the luxurious red dress she wears to the opera, and the exquisite chocolate brown dress with white polka dots she wears to the polo game. And just like that, the brown polka dot dress transformed the call girl into a society lady opting for a stylish, timeless style.

This combo, which includes a matching white hat and gloves as well as a leather belt, is as current now as it was back in 1990.

Brown dots on clothing exude a certain sweetness, delicacy, and innocence. Because inspiration and creativity are limitless, they may get a whole new perspective on art.

Brown polka dots acted as muses for artists, encouraging them to produce great works of art. One such work is the golden edition of the abstract sculpture “Connect the dots” by  Eelco Hilgersom. An Amsterdam-based contemporary artist with a passion for structure and natural architecture, developed this flawless geometry, providing us with a minimalist piece of fine art.

A well-cut diamond served as the inspiration for this piece. A diamond with numerous facets will sparkle brilliantly. He sought to abstract this effect by arranging the brass wires in such a complicated pattern that the piece begins to gleam like a diamond.

The wires are linked to a base of a thousand points, which are positioned according to the golden ratio mathematical formula. The impact and reflection of the light bring this artwork to life, as the 500 brass wires create a circle. Using a black backdrop with brass wires adds even more contrast and helps the piece stand out.

Eelco’s goal is to touch the observers and take them into the work through these contrasts and complexity of the piece.

Although we never meet I can say we already have something in common. In his artwork same as in my style work we’re always looking for contrasts—the contrast in form, colour and material.

Everything starts from a dot

Did you know that back in the days there was a vocal band called The Brown Dots?

They were delighting the audience with jazzy music. Of their songs, my favourite is Bow Wow Wow. Click here to hear a sample of their joy.

Assessing fashion and iconic characters through the lens of cultural theory, with a focus on symbolism, art, and anthropological references. Making connections between diverse things and thinking extensively about a particular topic is what my reflections entail.